Edward W. Felten is a Board Member of the Privacy and Civil Liberties Oversight Board. He is also the Robert E. Kahn Professor of Computer Science and Public Affairs at Princeton University, and the Director of Princeton’s Center for Information Technology Policy. He previously served as Deputy United States Chief Technology Officer at the White House Office of Science and Technology Policy, and as Chief Technologist at the Federal Trade Commission. Felten has served as a consultant or advisor to the U.S. Departments of Commerce, Defense, Homeland Security, and Justice. He is a member of the National Academy of Engineering, and the American Academy of Arts and Sciences. He holds a B.S. with honors from the California Institute of Technology, and an M.S. and Ph.D. from the University of Washington. 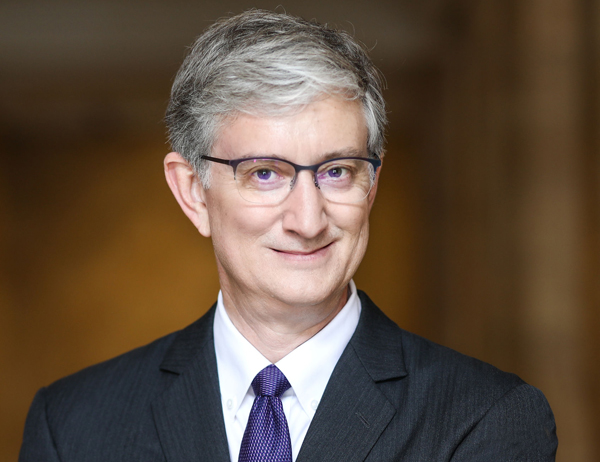 Travis LeBlanc is a Board Member of the Privacy and Civil Liberties Oversight Board. He is also a partner and vice chair of the cyber/data/privacy practice at Cooley LLP in Washington and San Francisco. Before his confirmation to the Board, Mr. LeBlanc was appointed by the U.S. Department of Commerce and the European Commission to serve as an arbitrator under the EU-US Privacy Shield Framework.

Mr. LeBlanc was chief of the Federal Communications Commission’s (FCC) Enforcement Bureau during the Obama administration. He previously served as a senior adviser to former California Attorney General Kamala D. Harris and as special assistant attorney general of California. Prior to his California roles, he served during the Obama administration as an attorney in the U.S. Department of Justice’s Office of Legal Counsel, worked in private practice, and clerked for the Hon. Stephen Reinhardt on the U.S. Court of Appeals for the 9th Circuit.

Mr. LeBlanc is a member of the American Law Institute. He holds an A.B. with honors from Princeton University, M.P.A. from Harvard University, J.D. from The Yale Law School, and an LL.M. from the University of Cambridge. 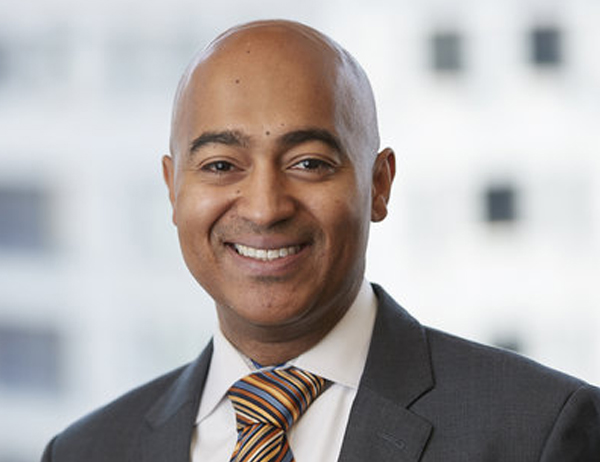 Jane E. Nitze is a former Board Member of the Privacy and Civil Liberties Oversight Board. Before being appointed to the Board she was a fellow at Harvard Law School, where her areas of scholarly interests focused on separation of powers, the administrative state, and national security. Previously, Nitze was an attorney in the Office of Legal Counsel, an attorney in private practice, and a law clerk to Justices Neil M. Gorsuch and Sonia Sotomayor of the United States Supreme Court. She received her B.A. in physics and M.A. in statistics from Harvard University and her J.D. from Harvard Law School.

Adam I. Klein is the former Chairman and Member of the Privacy and Civil Liberties Oversight Board. Before being appointed to the Board, Klein served as Robert M. Gates Senior Fellow at the Center for a New American Security (CNAS), a bipartisan national security research institution in Washington. His research at CNAS focused on the intersection of national security policy and law, including government surveillance, counterterrorism, oversight, and transparency. Previously, Klein was an attorney at the law firm of Wilmer Cutler Pickering Hale & Dorr, LLP and served as a law clerk to Justice Antonin Scalia of the U.S. Supreme Court and Judge Brett Kavanaugh of the U.S. Court of Appeals for the D.C. Circuit. Klein has also worked on national security policy at the RAND Corporation and the 9/11 Public Discourse Project, the non-profit successor to the 9/11 Commission. He began his career as an aide to U.S. Representative C.W. “Bill” Young. Klein received his BA from Northwestern University and his JD from Columbia Law School. He is a former Council on Foreign Relations International Affairs Fellow and Robert Bosch Foundation Fellow in Berlin.

Aditya Bamzai is a former Board Member of the Privacy and Civil Liberties Oversight Board. He also teaches and writes about civil procedure, administrative law, federal courts, national security law and computer crime. He joined the University of Virginia School of Law’s faculty as an associate professor in June 2016. His work has been published or is forthcoming in the Yale Law Journal, the University of Chicago Law Review, the George Washington University Law Review and the Missouri Law Review, among other journals. He has argued cases relating to the separation of powers and national security in the U.S. Supreme Court, Foreign Intelligence Surveillance Court of Review, D.C. Circuit and other federal courts of appeals.

Before entering the academy, Bamzai served as an attorney-adviser in the Office of Legal Counsel of the U.S. Department of Justice, and as an appellate attorney in both private practice and for the National Security Division of the Department of Justice. Earlier in his career, he was a law clerk to Justice Antonin Scalia of the U.S. Supreme Court and to Judge Jeffrey Sutton of the U.S. Court of Appeals for the Sixth Circuit. He is a graduate of Yale University and of the University of Chicago Law School, where he was the editor-in-chief of the law review.

Elisebeth Collins served as a Board Member of the Privacy and Civil Liberties Oversight Board from August 2012 to December 15, 2018. Previously, Ms. Collins was an attorney at the law firms of Wilmer Cutler Pickering Hale & Dorr LLP and Freeborn & Peters, LLP. Prior to that, she served as the Republican Chief Counsel, Supreme Court Nominations, for the Committee on the Judiciary in the United States Senate. After three years in various positions at the United States Department of Justice, Ms. Collins was unanimously confirmed in 2008 as Assistant Attorney General for Legal Policy. At the Department, she spearheaded initiatives and provided advice relating to national security, judicial nominations, DOJ regulations, civil justice, civil rights, violent crime and other issues. Before joining the Department, Ms. Collins was an associate at Cooper & Kirk, PLLC. Ms. Collins was a clerk to the Honorable Laurence H. Silberman of the United States Court of Appeals for the District of Columbia, and to the Honorable Lee H. Rosenthal of the United States District Court for the Southern District of Texas. She holds a B.A. with honors from the University of Chicago and a J.D. cum laude from Harvard Law School.

Rachel Brand served as a Member of the Privacy and Civil Liberties Oversight Board from August 2012 - February 2017. Her prior government experience includes serving as the Assistant Attorney General for Legal Policy at the U.S. Department of Justice after being confirmed by the Senate and appointed by President George W. Bush. In that capacity, Ms. Brand served as chief policy adviser to the Attorney General, handling a broad range of national security, law enforcement, and civil justice issues. She also oversaw the development of all regulations promulgated by the Department of Justice and managed the Department’s role in selecting federal judges, including running the confirmation hearing preparation for Chief Justice John G. Roberts and Associate Justice Samuel Alito. Earlier, Ms. Brand served as Associate Counsel to President George W. Bush at the White House. She was a law clerk to Justice Anthony Kennedy of the Supreme Court of the United States and to Justice Charles Fried of the Supreme Judicial Court of Massachusetts. In addition to her government service, Ms. Brand was the Vice President and Chief Counsel for Regulatory Litigation at the U.S. Chamber Litigation Center and practiced law with two firms in Washington, D.C. She has taught as an adjunct professor at George Washington University Law School. She is a member of the Board of Directors of Doorways for Women and Families, the Chairman of the Federalist Society’s Litigation Practice Group, and Co-chair of the American Bar Association’s Government Information and Right to Privacy Committee. Ms. Brand graduated from Harvard Law School, where she served as deputy editor-in-chief of the Harvard Journal of Law and Public Policy, and earned a B.A. from the University of Minnesota-Morris.

James Dempsey served as a Member of the Privacy and Civil Liberties Oversight Board from August 2012 - January 2017. He is also Executive Director of the Berkeley Center for Law & Technology at the UC Berkeley School of Law. From 1997 to 2014, Mr. Dempsey was at the Center for Democracy & Technology (CDT), a non-profit public policy organization. At CDT, he held a number of leadership positions, including Executive Director (2003-2005) and head of CDT’s San Francisco office (2005-2014). Prior to joining CDT, Mr. Dempsey served as Deputy Director of the non-profit Center for National Security Studies and Special Counsel to the National Security Archive. From 1985 to 1995, Mr. Dempsey was Assistant Counsel to the House Judiciary Committee’s Subcommittee on Civil and Constitutional Rights. From 1980 to 1984, he was an associate at Arnold & Porter, LLP. Mr. Dempsey clerked for Judge Robert Braucher of the Massachusetts Supreme Judicial Court. He has been a member of several bodies addressing privacy and national security issues, including the Markle Foundation Task Force on National Security in the Information Age, the Bill of Rights Defense Committee advisory board, the Industry Advisory Board for the National Counter-Terrorism Center, and the Transportation Security Administration’s Secure Flight Working Group, among others. He holds a B.A. from Yale University and a J.D. from Harvard Law School.

Patricia M. Wald served as a Member of the Privacy and Civil Liberties Oversight Board from August 2012 - January 2017. She served for twenty years on the U.S. Court of Appeals for the District of Columbia, from 1979 to 1999, including five years as Chief Judge. Since that time, she has served in various capacities including as a Judge on the International Criminal Tribunal for the former Yugoslavia and a Member on the President’s Commission on the Intelligence Capabilities of the U.S. Regarding Weapons of Mass Destruction. Prior to joining the U.S. Court of Appeals for the District Court of Columbia, Ms. Wald was the Assistant Attorney General for Legislative Affairs at the Department of Justice. She also previously worked as an attorney at the Mental Health Law Project, the Center for Law and Social Policy, the Neighborhood Legal Services Program, the Office of Criminal Justice at the Department of Justice, and co-director of the Ford Foundation Drug Abuse Research Project. Ms. Wald is a member of the American Law Institute and the American Philosophical Society. Ms. Wald received the Presidential Medal of Freedom in November 2013. Ms. Wald clerked for the Honorable Jerome Frank on the U.S. Court of Appeals for the Second Circuit, and received her B.A. from the Connecticut College for Women and her J.D. from Yale Law School.

David Medine served full-time as Chairman of the Privacy and Civil Liberties Oversight Board from May 27, 2013 to July 1, 2016. Previously, Mr. Medine was an Attorney Fellow for the Security and Exchange Commission and a Special Counsel at the Consumer Financial Protection Bureau. From 2002 to 2012, he was a partner in the law firm WilmerHale where his practice focused on privacy and data security, having previously served as a Senior Advisor to the White House National Economic Council from 2000 to 2001. From 1992 to 2000, Mr. Medine was the Associate Director for Financial Practices at the Federal Trade Commission (FTC) where, in addition to enforcing financial privacy laws, he took the lead on Internet privacy, chaired a federal advisory committee on privacy issues, and was part of the team that negotiated a privacy safe harbor agreement with the European Union. Before joining the FTC, Mr. Medine taught at the Indiana University (Bloomington) School of Law and the George Washington University School of Law. Mr. Medine earned his B.A. from Hampshire College and his J.D. from the University of Chicago Law School.